An ambiguous case – is now the time to invest in Ukraine? 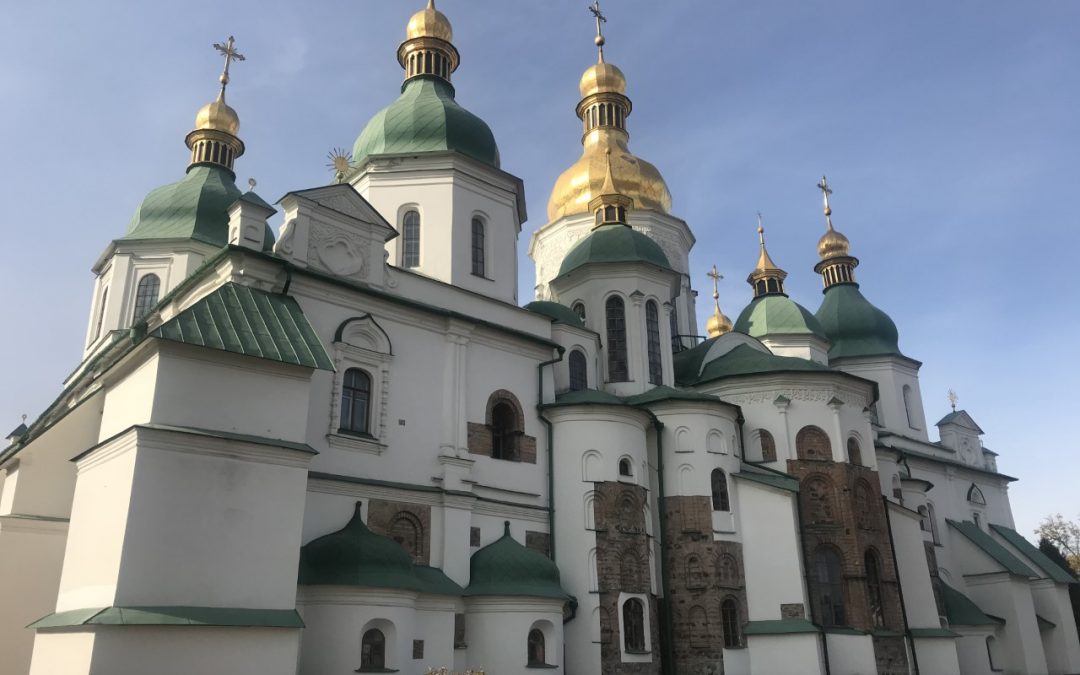 I’m often asked if a real estate investment in Kiev, Ukraine, is a smart move. From a peak of over USD 3500 per m2 in 2007, prices dropped for over a decade to slightly over $1050 per m2 in Q2 2019. I’ll examine the Kiev real estate in a future article, but in the meantime let’s focus on the macro aspects to assess how risky it is to invest in Ukraine.

The drop in real estate values was not only driven by war, but also by a catastrophic political class that mismanaged and plundered the economy.

Look at the below graph, bearing in mind that in 2007, before the bubble burst, the Ukrainian Hryvnia (UAH) was trading at 5 to the USD. It then plunged to 7 to the USD and is now hovering around 25.

That decade for Ukraine included not one, but two revolutions, an IMF bailout, the loss of one of its nicest parts of its territory (Crimea), war in the the East, and massive emigration of its youth to the EU.

The average monthly wage in 2016 had dropped to $200, less than in a number of African countries. This, in spite of having been the breadbasket and a core industrial center of the Soviet Union.

Ignoring the impeachment proceedings, Ukraine is now front-line news in the business world as a market that is opening up again. Here goes the story being shared in international business circles:

Put your head down, race ahead & invest in Ukraine?

The above optimistic story being sold in most Western media is, as always, only one side of the coin. Not everything is a clear cut as Reuters and Bloomberg would want you to believe. Let’s look at some counter arguments to keep a balanced view.

What about president Zelensky, the poster boy of Western media?

Zelensky’s main sponsor, and former boss of the TV station where he was an actor before becoming a politician, is Igor Kolomoisky.

A holder of three passports (Ukraine, Israel, Cyprus), in spite of dual citizenship being banned in Ukraine, Kolomoisky has such a track record that Putin calls him a “unique crook”. As the owner of Ukraine’s largest bank (PrivatBank), 97% of corporate loans went to companies linked to him and his partner. They defaulted in 2016, the bank went bust and required a $5.6 billion bail-out from the Ukrainian government which then nationalized the bank. He fled to Israel and claims to be innocent.

Kolomoisky was banned from Ukraine, but since Zelensky was elected is free to roam around.

Even with such characters around, Zelensky seems to be pushing a reform minded agenda.

Overall, even though good things are happening in Ukraine, many of the reforms and goodwill are already priced in the currency.

If any of the following happens:

then you could easily see rapid outflows of funds, thus the UAH taking a plunge. Your UAH denominated rental and interest income would be taken along for a ride.

How to invest in Ukraine

My main point in this article is that there is significant currency risk, more so than one could be lead to believe. It doesn’t mean you should not invest in Ukraine. You must just be aware of the risk, choose asset classes that would be less impacted, and proceed prudently.

Then which avenues do you have to gain exposure to Ukraine?

Other articles on Ukraine: