A Real Estate Investment in Managua or Gran Pacifica, Nicaragua? 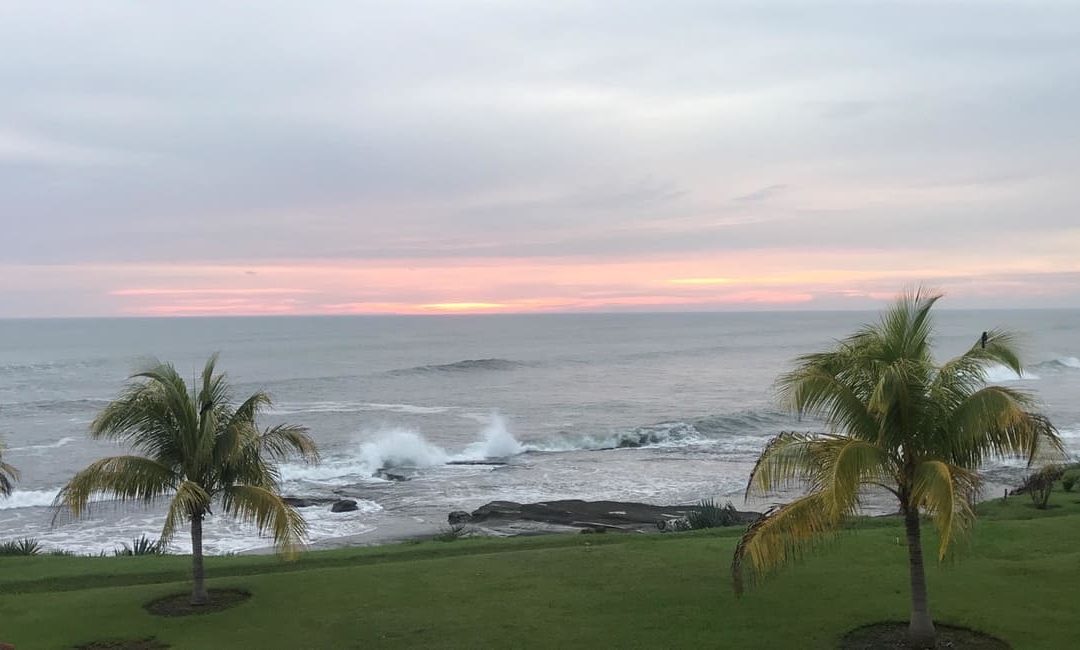 After writing about real estate in the tourist hotspots of San Juan Del Sur and Grenada, I was asked a few times about my thoughts on other cities in Nicaragua. Here’s my take on real estate as an investment in Managua and in Grand Pacifica after having spent a few days looking at the market there.

The real estate investment market in Managua, the capital city of Nicaragua

Just over one million people live in Nicaragua’s capital city. It is the heart of business, politics, education and pretty much everything. Nicaragua is a rather centralized country, so most of the action takes place in Managua.

That said, Managua has zero tourism potential. It is objectively an ugly city, without anything to offer to tourists. There is an old church, and a sad waterfront. However, this doesn’t mean that Managua is a bad place to live. It’s actually quite pleasant, with upscale neighbourhoods offering great value real estate, lots of trees, and space. Essentially, if you buy there, don’t expect to run a successful Airbnb operation targeting tourists. Tourists generally stay at most one night in Managua, often just to make an early flight the next day.

For those familiar with South Africa, it’s a bit like Johannesburg; a great place to live in the upmarket areas, but a horrific place to spend time as a tourist.

While North Americans are familiar with the following concept, Europeans may not be.

Another very North American aspect is that housing is disposable. Rich people move into a neighbourhood when it’s brand new, stay there ten to fifteen years, and then gradually migrate to the “newest” and “coolest” suburb with the latest bars and restaurants.

If you keep a house for a long time, bear in mind that there is higher depreciation than Europeans would typically expect, and your tenant profile will go down in quality as the years go by.

As I wrote in my previous articles, the market has been dead for a couple years now, and there are deals to be had in terms of overall value for money.

The listings are endless, especially in the higher end segment. You can negotiate hard.

I went to see a few houses and this one below was fairly typical of the mid-upper class rental market.

This four-bedroom house is listed at $140,000 for 170m2, or roughly $823 per m2 ($77 per ft2). However, I must mention that the way the Nicaraguan real estate market calculates m2 is different from most of Europe. They take into account the whole surface area, including terraces. This means the actual, livable m2 is smaller. But still, you end up at less than $1000 per m2 ($93 per ft2) including furniture.

I know of very few capital cities in the world offering such low prices for core property, especially considering the quality you get. Here you get a satisfactory house with a garden, in a gated community, in one of the best neighbourhoods in town “La Colinas”.

A favorable aspect of owning real estate in Nicaragua is that renovation costs are reasonable due to cheap labour . For example, this bathroom from the 90s, could get renovated to a decent standard for a total cost of about $1,500. In Western Europe, I’ve seen similar work quoted at €13,000.

Utilities would set you back about $100 per month, internet about $40, and the gated community fees for gardening and security amount to $40 per month. All of this is payable by the tenant.

In all likelihood, you could probably get it down to $120,000 with some tough negotiation. For this price, you can live in a nice house in a gated community, in the best neighbourhood of the capital city of what is objectively a beautiful country. If you buy the house using a local company, you can get permanent residency which entitles you to live, work and play in Nicaragua.

Living in Nicaragua offers amazing tax benefits due to its territorial tax system, and even Americans can benefit from it thanks to the foreign earned income exclusion.

There are many empty homes in the city, and rental demand for this segment is not very strong as the middle class has been hit hard by the consequences of American sanctions.

You can expect about $400 per month for the property. However, liquidity is low so you’d have to be patient. If you want to find someone, lower your expectation to $350 per month.

While not an interesting investment option it’s still a great place to spend time, or to use to get permanent residency in Nicaragua to optimize your taxes or use as a plan B if you like to live in cities.

Are there better yields in Managua real estate?

Yes, but you have to go down the income scale. I also explored some cheap housing, and you could achieve gross yields of 8-10%. However, this was verging on slumlord territory, which I prefer to avoid.

I don’t want to own real estate with strong yields but with leaking roofs, that I’ll be reluctant to fix for fear of depressing my yields. I also don’t want to have tenants on the cusp of poverty that can take months to evict. Nicaragua has pro-tenant laws so evicting a bad tenant is a complicated and lengthy process, and even more so if the family is poor. They are a core constituency of the government.

The reality is that if you want to become a successful slumlord, better to do it in your own backyard. You must know the market and know how to get people kicked out using extra-judicial methods, and constantly deal with people trying to screw you over.

Being a foreign slumlord and outsourcing the day-to-day management to a local agency is a complete recipe for disaster. As such, I don’t even consider such investments. If I want high-yield / high-risk then I’d rather invest in some specific financial assets.

I’ll sleep better at night and with a clear conscience.

A real estate investment at Gran Pacifica, near Managua, Nicaragua

Gran Pacifica is a Pacific Ocean front gated community located about 1h30 away from Managua.

I was contacted by the developer, as he had read a few of my articles on Nicaragua. He offered me a free two-night stay, and made clear that I was at liberty to write my honest opinion. I also wrote an article about his teak plantation (here).

That was in June after I had traveled all around the country during the early Covid days. I had time to kill before my flight to Europe, so I gladly accepted.

I was not disappointed. This was the view from my balcony.

And this is me with a happy face, wondering if I should skip my Europe-bound flight (I didn’t – Montenegro is unbeatable in the summertime).

Generally, I abhor gated communities. I dislike rules, and I don’t like people telling me what to do. Live and let live is my motto.

For once, I found a gated community that actually operates this way. The rules are quite flexible, and people behave like adults. You immediately notice that there are no real restrictions in terms of what you can build on the plots of land.

The whole development feels like a mix of luxury, peaceful suburbia, and nature reserve. The development has a land bank of 1100 hectares, with a massive stretch of ocean-front land. The surfing is good, and you can going around in golf carts, your own car, or on a horse (there are stables on the property).

There are some beachfront apartments which are nice but I felt like they just weren’t that relevant for such an environment. For less money you can get a house, without views, but you have a nice house, in a safe community, with what is essentially a private beach, with nobody bothering you, a mere 1h away from the nearest Walmart and great, affordable health-care in Managua.

There are many options. You can buy apartments from a few different projects, you can buy a plot of land, an existing house, or build your own house. One option I find particularly appealing are the $100,000 houses. More on this below.

I’ll put it this way:

These homes are designed to be offgrid, which is extremely relevant these days. They also include smart locks, smart thermostat, smart TV, smart security, etc.

There are multiple models on offer, and up to 80% financing is available.

The developer presents some bullish return on investment (ROI) numbers. I think the ROI should be better than that of the other houses in the same development due to the low initial price tag, but I’d be wary of basing my investment decision on those numbers. You’ll probably get a small ROI of some sort, though likely not the projected numbers. I don’t see how one could get a 60% occupancy rates in the short to medium term.

Most importantly, I see these homes as a terrific Plan B and solid option for remote workers.

These homes are off-grid, in a secure community, lock & go and have fast internet access. They are a 5-minute walk from the beach and surrounded by nature, yet with all the amenities of a big city a short drive away.

Be aware that you are paying a premium

Such a house for $100,000, which can get you permanent residency, sounds like a steal. In many ways it is. But if you venture outside of the community, you can get a bigger house, with a much larger garden, though definitely without all the specs.

You get better deals as soon as you leave the community. However, the reality is that managing a house from afar is quite complicated, and there isn’t much “property management talent” in that location. Also, there is a security risk. If you are away months on end, you’ll return to a jungle, and burglary potential is medium to high.

So what these houses offer is very different. All the first world amenities, a nice community of people (mainly North Americans and wealthy locals, though I met some Russians as well), a private beach, a competent rental pool and security.

Not only do they offer financing, but they accept payment in Bitcoin as well.

My conclusions on making a real estate investment in Managua, or Gran Pacifica, Nicaragua

Don’t expect good yields, or immediate capital appreciation. But do expect great value for money, a comfortable lifestyle, and a great real estate arbitrage opportunity compared to nearby Costa Rica, Panama and Belize.

Nicaragua has a place in one’s general lifestyle, residency and wealth preservation portfolio. I like it.