Investing in a Teak Wood Plantation, is it worth it? 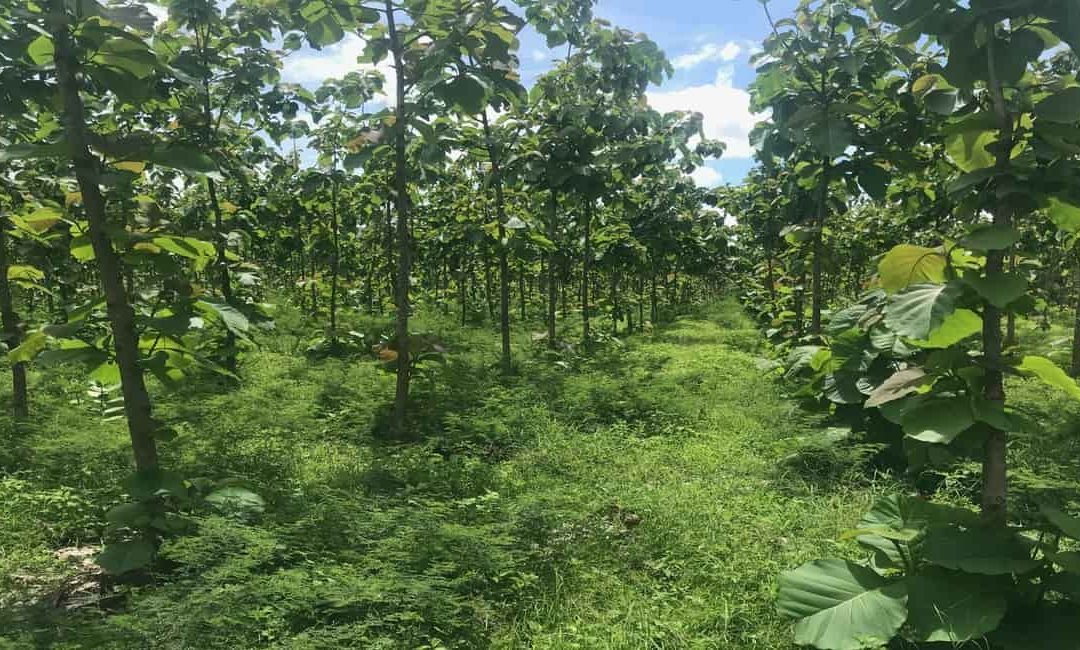 Fundamentally, this article is not only about investing in a teak wood plantation, but also about various types of such packaged investments. Maybe you’ve stumbled upon in-flight magazines or websites that promise high returns for agricultural and forestry investments.

The schemes invariably work this way:

I was always very skeptical of such schemes. This skepticism stemmed from two factors:

I went to a teak wood plantation investment project in Nicaragua

Following my articles on investing in Nicaragua and on real estate in Granada and San Juan Del Sur, a property developer contacted me and asking me if I was interested in checking out his ocean-front development near Managua. Whilst doing a bit of background due diligence, I found out that this developer also owns a teak wood plantation in which investing is possible.

I had happily been in Nicaragua for three months because of governments shutting down the world. Objectively, I had time to kill and was quite intrigued by the opportunity to finally see one of these projects.

Disclosure: The developer offered me a return trip from Managua to his development (one hour drive each way), and two nights of accommodation in a lovely ocean-front apartment. He mentioned that he would like me to write about his projects. I accepted, with the condition that I would write whatever I want to.

A bit of background on the teak market

Teak is historically native to South East Asia. The British empire then “disseminated” it across its colonies in India, Africa, and the Caribbean. Teak is predominantly used for home construction and high end furniture that can last for centuries. It is an extremely solid wood, particularly known for its properties that lend it to being used in boat manufacturing.

Teak’s core qualities are that it is resistant to termites, fire, rot and fungus. No wonder it is in such demand.

Teak’s two biggest markets are India and China, with India being the number one importer in spite of having a substantial local source of teak.

In 2014, the Burmese government started imposing drastic policies to restrict the logging, and export of teak. As Myanmar represented 75% of the export volume, this resulted in extreme tightness in the global teak market. This meant that new sources of teak had to be found, mostly stemming from plantations rather than the natural type found in Myanmar.

Latin America is now a large “producer” of teak wood, mostly driven by private businesses, with Brazil and Panama taking the top two spots. The weather and climate are perfectly adapted to teak trees.

Teak trees typically get harvested after 25 years. So when investing in a teak wood plantation, you are looking at a (very) long term investment.

What is the pitch of the Teak Wood Plantation operator?

Teak prices have grown 5.5% per year on average over the past 40 years. If you were to invest $6,880 to get a 0.1 hectare parcel of teak wood, these are the projections according to the operator.

It is a very “different” type of investment. You pay upfront for your parcel and trees, and you are then expected to pay $500 on a yearly basis for the maintenance of your parcel. “Thinning”, which means removing the weak trees to make space for the good ones, takes place on a regular basis but starts earning money in year 12. The bulk of the money is made at year 25 when all the trees get chopped and sold.

Depending on the quality of the teak which emerges from your parcel, you can expect returns of between 298% and 3029% over the 25 year lifespan of the investment, for an initial investment of $6,880 per 0.1 hectare. These numbers are in constant dollars, so should be higher in nominal terms taking inflation into account. It’s noteworthy that you don’t buy a share in the project, but rather actually own the land in your name.

From the Gran Pacifica resort, the horseback ride took about 45 mosquito-infested minutes. The plantation is part of the massive land package that the developer owns along the coast.

Once we reached the plantation, I saw…trees.

This is great, but to be completely honest with you I have no idea about trees. I’m not a tree expert. All I can say is that the trees were there, and that they didn’t look like they were falling apart. Additionally, I noticed that security was going around, and that the path to the plantation was well trodden.

So what did I learn from this?

Most importantly, I learned that I know next to nothing about the teak market. It is not a very transparent market due a lot of illegal logging happening in many places. Additionally, data from the biggest market, India, is notoriously unreliable.

We can have a fairly good appreciation of what the teak market is like currently, or next year, but in 25 years from now? Anyone’s guess is as good as mine. There are so many trends that could impact it, that it is impossible to know or even estimate.

On the one hand:

The lists for both positive and negative developments are endless.

In other words, I don’t know, and nobody knows

What is within our control as investors is making sure the operator is honest. So sure, the operator makes good money upfront when selling the parcels. Planting 70 trees and a 0.1 hectare parcel in the middle of nowhere doesn’t cost that much, but one has to take a step back before accusing the operator of price gouging.

Organizing such an operation is not easy, and takes a lot on constant effort. Also, as individual investors, investing in forestry projects is hard. If you want fatter margins then go ahead and buy your own hectares, get someone to plant your trees, other people to maintain them and ensure there is security, and finally get competent people to do the thinning and selling for you.

This particular developer and operator has been operating all over Central America since 1996 and has ambitious plans for its community at Gran Pacifica. He owns a massive 1100 hectare land bank on which both Gran Pacifica and the teak plantation are located, including 3.5 miles of prime beachfront land.

You just need to make sure the operator will be around in 25 years time, as you are dependent on him for your investment. That said, this particular developer has a solid track record, and also owns communities and developments in Panama (450 hectares) and Costa Rica (105 hectares).

Should you be investing in a teak wood plantation?

To be honest with you, it depends on your particular situation. I see this investment as interesting for 3 types of people.

Just make sure you choose your operator wisely.

What I like about this particular developer is that he has skin in the game as his main business is the massive communities he is developing all over Central America. The teak wood plantations are just a side business, so he wouldn’t want this side business to cause him reputational damage.

Don’t overexpose yourself and manage your expectations. But overall, such an investment does have a place in some portfolios.

You can find the developer brochure and a lot of information on investing in teak wood, and on the residency programme by clicking here.

The developer also has Teak Wood investment options in Panama, which can lead to residency as well. If you prefer Panama, just ask the developer about that when getting in touch with him.