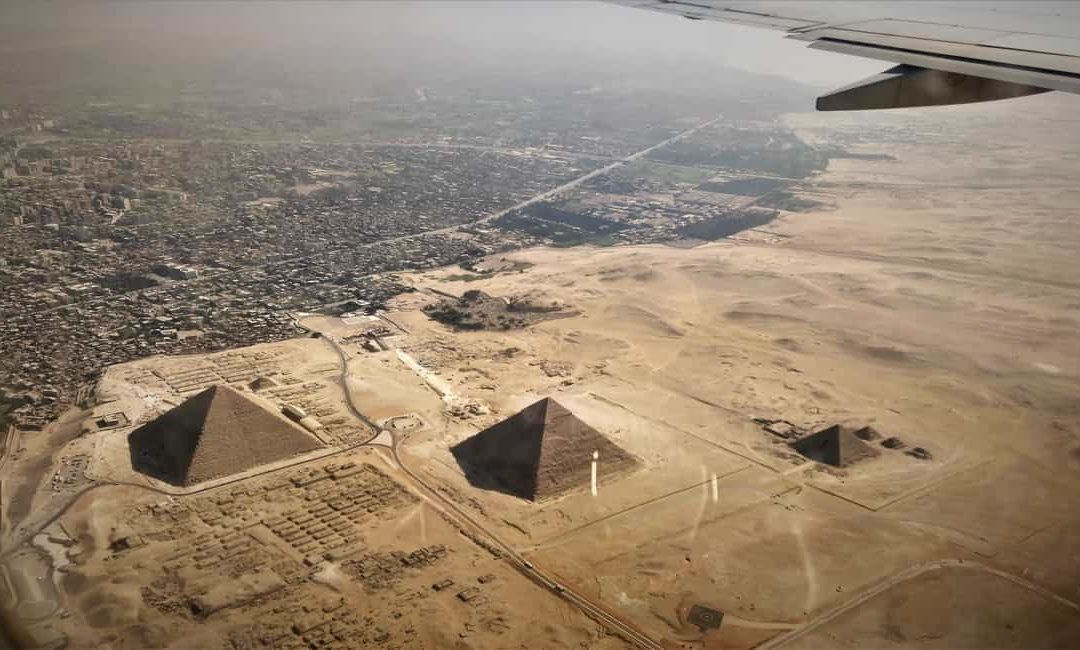 Curfews were in place, the army was patrolling in the streets and people were snitching on their neighbours. I had to leave. Am I referring to Egypt? No. I was in Covid Europe and fled to Egypt, not expecting to find an economy geared for growth.

Looking at Egypt’s history with socialism (with presidents Nasser & Sadat), total lack of reforms (president Mubarak) and chaos (president Morsi), combined with people currently being easily thrown into jail, I was expecting to see a train-wreck of an economy.

I spent some time in Egypt, met with many people, did more research, and came out convinced that I was wrong. This article will focus on the economic aspects. Being a foreigner, it is not my place to opine on internal political matters.

Following years of crises and mismanagement, Egypt ran out of dollars. The Egyptian Pound (EGP) devaluated from EGP8 to EGP18 per USD in a matter of months. Inflation soared to above 30% in 2017, plunging millions into poverty. A low point was reached and thenceforth the situation improved.

Here are 8 reasons why the economy in Egypt is poised for strong growth:

The government removed the fixed exchange rate system, and started reining in the massive budget deficits (+10%) by phasing out fuel subsidies which made Egypt one of the cheapest places in the world to buy petrol. Such subsidies are inherently extremely negative for the economy as they are not only expensive, but distort the economy by allocating resources to inefficient economic activities.

To rein in inflation, interest rates were raised. Additionally, a wave of partial privatizations was enacted to attempt to render these state companies more productive.

To help cushion the blow on the vulnerable, a social spending programme partially modeled on Bolsa Familia in Brazil was put in place to help the poorest 10% of the population.

2. Egypt is creeping up the Ease of Doing Business Rankings

In the past few years, much improvement has been made in terms of cutting red tape for starting a business and paying taxes. There have also been significant improvements in terms of minority shareholder rights.

Don’t get me wrong – Egypt remains a very complicated place to do business, with tons of paperwork and archaic rules. However, it would appear that those now in charge see the benefits of trying to improve the business climate.

3. A booming population is clear growth catalyst for the economy in Egypt

Across the Mediterranean, in Southern Europe, there are entire countries that are gradually falling into irrelevance in the midst of fast ageing populations, youth with few perspectives, increasing socialism, indebted states, and little upside.

Egypt, in contrast, boasts a population of over 100 million and a fertility rate of 3.3 children per woman. Cairo’s population is currently around 20 million (though nobody knows how much exactly), and is expected to reach 38 million by 2050.

4. An energy sector that is finally able to meet demand and beyond

There had been such mismanagement, that by 2012 Egypt not only had to stop gas exports, but also did not have enough gas anymore to meet local demand and power generation needs. Rolling blackouts became the norm.

Following reforms, Egypt is now an electricity powerhouse, exporting to African and Middle Eastern neighbours. It is even in talks to export parts of its 10GW electricity surplus to Greece and Cyprus.

Many African countries with substantial potential, such as Nigeria, have been incapable of growing sustainably due to a massive electricity supply deficit. Other countries such as South Africa, have been chronic underperformers in part due to their electricity hoes.

One can only grow as fast as one’s power generation capacity. Egypt has no such issue anymore. If anything, energy is now a growth sector for the economy as Egypt keeps discovering additional gas reserves in its chunk of the Mediterranean.

I reiterate that I won’t discuss internal Egyptian political matters.

What I will say though, is that the Chinese model has proven to be very good at producing growth; Cut red tape, encourage entrepreneurship, build infrastructure and let large swaths of the economy be dominated through state planning by state owned enterprises.

As a follower of Austrian economics, I see many flaws in the system, but the reality is that it will produce good growth over a long period of time until it doesn’t. Regardless, this new economic model in Egypt is a giant leap forward from the previous decades of mouldy socialism. This new model is a clear catalyst for economic growth, though probably not for freedom.

President Sisi is collaborating closely with the Chinese, and they are in charge of many large, infrastructure projects in the country, including building the Central Business District of the New Capital City. They are also involved in many of the free trade zones, manufacturing, and mega projects such as solar farms.

President Sisi also copies Vladimir Putin’s communication style by putting himself “above” politics, as “father of the nation”. In everyday TV appearances he can be seen following up with government officials and tracking their Key Performance Indicators (KPIs).

Like it or not, when a country emerges from decades of ruinous socialism, and a revolution, such neoliberal reforms along with a strong hand can work economic wonders.

6. A complete focus on the economy and growth in Egypt

Egypt had a brief curfew in the first days of the Covid pandemic. Since then, the economy has remained open. When I was there end November everything was open, including restaurants, bars, and nightclubs. Covid cases were clearly being under-counted by the government, but the economy kept moving forward.

Sure, there were quite a lot of Covid-like coughs around, but bodies were not lining the streets. People just went on with their lives and took precautions.

Whether you believe this approach is moral or not is not the point, but it demonstrates that the government prioritizes economic growth. As an investor, this is an attractive feature.

7. Fast-decreasing lending rates are a clear catalyst for economic growth in Egypt

8. This model is working from an economic point of view

The result has been steady growth since the reforms started. Interestingly, Egypt will be one of the few countries to see growth in 2020, with the latest forecast being 3.3% GDP growth.

In spite of the removal of capital controls, foreign exchange reserves have boomed.

Naturally, the Egyptian Pound has stabilized.

Egypt has always been a cultural powerhouse, and the economy will catch up thanks to solid growth

Cairo has always been a core center of Sunni Islam, with leading Islamic scholars emerging from its historical madrassas. The country’s soft power extends to cinema as well, with its movie productions being widely watched across the Middle East.

Catalysts are now lining up for the economy to catch up with Egypt’s cultural influence.

Egypt is by no means a risk-free play – there will invariably be hiccups along the way as some of the risk factors will materialize. However, seeing how cheap many of the assets are, much of the risk is already priced in. This is a crucial point.

It is a developing story that is on few people’s radars. Egypt’s renaissance is increasingly being discussed in the Middle East, but the rest of the world still hasn’t caught up to the story.