Is investing in Turkey viable? 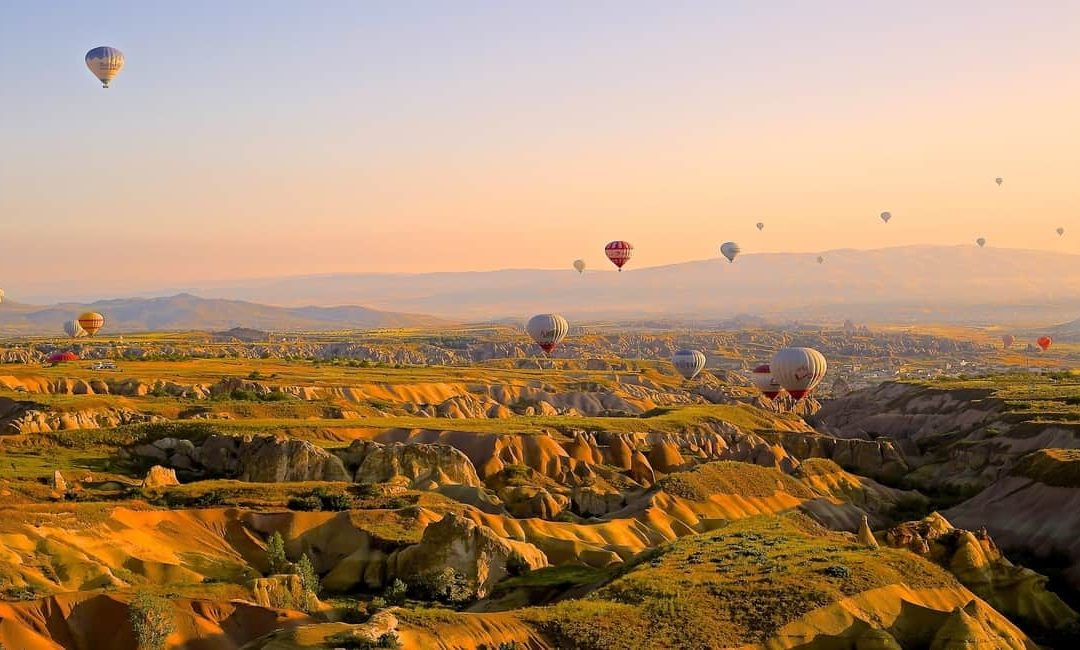 There is much noise in Western media regarding Turkey. What is the economic situation really like? Is investing in Turkey viable?

You might be wondering why I am writing such an article.

I do this because it’s part of my process. Before even diving into the micro aspects of investing in a new country, I do a macro analysis to understand whether the target country is investable. These are my thoughts as I am sitting in Istanbul spending time doing on-the-ground research.

To be clear, my analysis will focus on the economy, and I will not be venturing into Turkish politics as it is absolutely none of my business.

The economy in Turkey

Far from being the Third World country many Westerners perceive it to be, Turkey has become a true powerhouse since Recep Erdogan’s accession to power.

Turkey’s leader is widely disliked in the West, and controversial but popular at home. In all objectivity, he has transformed Turkey from a backwater to a considerable economic, military, cultural, and political powerhouse.

According to the World Bank, this country of 83 million souls (the same as Germany) is now an upper middle income country. A focus on long term reforms, infrastructure development, free trade deals (the latest being with the UK), access to public services, and a massive reduction in poverty levels completely transformed the country.

Turkey saw a blip in the 2008 Global Recession, recovered quickly, and continued booming, However starting from 2018 the situation became a lot more complicated.

In 2020, Turkey was one of the few large economies along with China, Egypt, and Vietnam to exhibit GDP growth thanks to minimal Covid-related restrictions.

Inflation is a constant worry

This chart says so much about Turkey. Until Erdogan came to power, inflation was a life-destroying issue. Turkey was almost always facing hyper-inflation. With proper reforms, inflation was kept much lower, but the reality is that it is a chronic condition in Turkey, always around the corner just waiting to show its ugly head.

But the fiscal balance is surprisingly under control

When we hear of Turkey in the West, we always hear of mismanagement, debt, and currency issues. However, the government budget management has been relatively conservative since Erdogan took the lead.

On the back of strong growth, the fiscal deficit was more than covered, leading to a decreasing debt to GDP ratio until the economic situation became a little harder in the past few years.

It must be said that the government managed to build extremely impressive infrastructure all across the country. I’ve traveled almost everywhere in Turkey, and simply can’t believe the incredible highway networks, healthcare facilities, as well as massive university campuses and sports complexes that can be found all over the Turkey.

Without getting into much debt, the government has managed to build a country with world class infrastructure. A bit of debt was created, but it is clear on what it was spent on. It built capacity, and continues to benefit the people.

It’s not a pretty picture. And it’s not because Turkey doesn’t produce anything. Turkey has a very strong manufacturing base.

While traveling in France, Italy, and Spain exposes one to closed factories galore, Turkey is dotted with state-of-the art manufacturing facilities, built by both foreign investors and local companies.

The top five exports of Turkey are exemplary of the value-add of Turkish exports.

But the reality is that the country still runs a trade deficit.

However this trade deficit is unlikely to last forever

The profile of Turkish imports is very insightful.

Even though Turkey is already an energy producer, it’s number one import is energy. The good news is that this is an issue that Turkey is working hard on remedying. Turkey has been making headlines for its adventures in the Mediterranean, having clashes with many of its neighbours, and even France in the process. The core reason is gas exploration in disputed waters

Most importantly, Turkey has made a massive discovery of 405 billion cubic meters in its section of the Black Sea.

In spite of claims of commercial production starting in 2023, 2025 is a more realistic target. 15 billion cubic meters are expected to flow in the first year.

In 2019, Turkey imported 45 billion cubic meters of gas. This discovery alone would cover 1/3 of the country’s gas imports, which would make a big difference to the current account. At the same time, Turkey has built many pipelines and imports gas from Russia, Azerbaijan, Iraq, as well as LNG from Qatar and the US. This has resulted in the country having ever more bargaining power in the energy market.

The number two on the import list is machinery. In many ways this is not too much of an issue as it points towards industrial capacity building, which will be a bonus for the current account later on thanks to more local production and greater exports.

The third one, iron and steel, is a bit more of a mixed bag. On the one hand there has been a construction boom, with overbuilding of housing in tourist places along the coast, and in far flung suburbs, but on the other hand much of it has been used for infrastructure capacity building.

The private sector has been the cause of increasing external debt

As we saw previously, it’s not government that has been driving the external debt increase. Rather, it’s the private sector with massive imports of machinery and commodities for infrastructure development as well as for housing construction.

About 40% of government debt is hard currency denominated, as well as a substantial portion of private sector debt.

This is why the government increased the benchmark interest rate to 17% in December, in order to stem to flow of TRY to USD, but it hurts one of the primary sectors of the economy, which is construction.

Turkey essentially has a cash-flow problem

Western media likes to portray Turkey as a dangerous basket case. It’s far from the truth. In reality, looking at the numbers, it is actually a very solid economy with a strong manufacturing base and a youthful, growing, hardworking population. Additionally, Turkey has true military, cultural, and political power that it projects across the region and beyond.

Ultimately, to use an analogy, Turkey is like a fantastic business which is having short term cash flow issues, and which must resort to funding to go through this rough patch.

The problem is that this funding is politically hard to get as West would like to see Turkey crushed, and many neighbours are skeptical of Turkey’s resurgence due to historical reasons. The risk of war is a constant, but it comes with the territory of investing in the same place as the Byzantine and Ottoman empires. Ultimately, the geopolitics of the region make conflict a permanent feature of investing in this part of the world, and you as an investor need to accept it, or stay away.

Turkey must therefore venture farther afield for funding, such as cutting deals with China and Qatar as it has done in the recent past.

It announced a funding and currency swap deal with China in June, as well as funding from Qatar in November.

What does this mean for retail investors? Is investing in Turkey viable?

Yes. But retail investors must choose their asset class carefully for it to be in line with their personal objectives and risk tolerance.

It’s not like Uzbekistan where everything you touch is likely to turn to gold. Turkey is in a tough spot, which presents investors with opportunities, but also with many risks.

Again, Turkey is like a solid business, but which is facing cash flow issues. Cash flow problems can be fatal, but they can also just be a short to medium issue that gets managed away.

The key is finding assets with beaten-down prices due to the negative sentiment, which can withstand the worst case scenarios, and fully participate in the upside.

There are plays to be done related to speculating on, and trading in, Turkish debt, but I personally would not venture this far as I am not a debt expert.

However, owning hard assets is the way to go for those who have a long term outlook and are willing to ride out the volatility. It’s the safest way to play this market, and there are pockets of fantastic value in Turkish real estate, and it comes with the added perk of acquiring citizenship of the descendant of the mighty Ottoman Empire.

Turkish real estate is a complicated and tricky market, but if played right it is likely to turn out very well for long term investors who are willing to make the plunge.

My next article (here) will discuss investing in Turkish real estate, and the opportunities I saw on the ground in Istanbul.

Other articles on Turkey: