The Pros and Cons of a Real Estate Investment in Astana, Kazakhstan 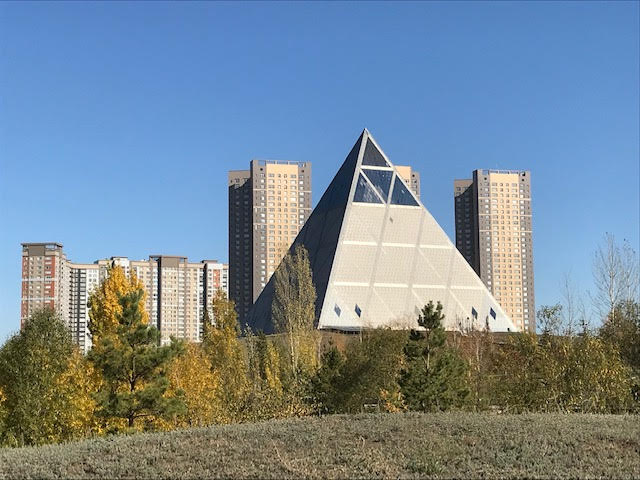 I recently spent a few days in Astana, or Nur-Sultan (its new name), and decided to analyse whether a real estate investment in that part of Kazakhstan is worth it.

Kazakhstan got its independence from the Soviet Union in 1991, and has since been rebuilding itself from the ashes of communism, driven in large part by an astounding amount of natural resources. Kazakhstan, with a population of nearly 19 million, is home to an incredibly diverse population composed of 131 different ethnic groups. It is huge country boasting gorgeous landscapes of steppes, lakes, mountains and is larger than the whole of Western Europe.

Kazakhstan is definitely worth a vacation, but what about investing in real estate in its capital city?

The positive aspects of investing in real estate in Astana, Kazakhstan

And now the negative aspects

What can I expect of a real estate investment in Astana, Kazakhstan

Property can be found from $400 to $2000 per m2. $400 gets you a new-built building far from the center, in the outskirts next to the steppe. $2000 gets you extra luxury in the center that will quickly lose value – it’s overpriced. Most core downtown property is at around $1000 per m2. But core downtown means being close to monuments and government buildings. There isn’t much value add by being in that area, especially as driving around is easy due to massive roads.

Instead, I recommend is being close to the center in an area with major universities, hospitals, schools, malls – places where the local people actually spend their time. The area below fits the profile, where property can be had at $700-$800 per m2.

1 and 2- room apartments are the easiest to rent with about 36-40m2 being optimal. The new-built below, offers 36m2 1-room apartments for about $750 a m2. New apartments are all delivered as shells in this market, and are rented furnished. Accordingly, add about $130 for the finishings , kitchen and basic furniture. That gets you to a cost of about $880 a m2, for a total of about $32,000 including some lawyer fees to double check your contract. You can expect the key handover after 10 months.

For this one-room apartment, you’ll get about $220 per month, which adds up to a gross yield of about 8%. Take into account your agent, taxes, maintenance and empty months and and you’ll probably end up with about 4.5% depending on how many such apartments you buy, as you’ll have additional fixed costs due to the company & accounting fees.

Is a real estate investment in Astana, Kazakhstan, worth it?

It depends. If your net worth is under than $2 million and you can only afford to buy a few apartments in Kazakhstan as part of your portfolio, this market probably does not make sense because of the added bureaucracy and fixed costs related to managing a company. Also, the upside is fairly limited due to the geography.

If you are sitting on more than a few million USD, then it might be worth it to negotiate a deal with a developer and buy a whole floor of 10 small apartments. It’s a nice diversification outside of the Western world, and into the new Eurasian reality, with limited downside due to a healthy local market. I’d rather have 10 one bedroom apartments in Kazakhstan as a real estate investment than a 20m2 studio in Paris, or a single family home in San Antonio.

But no, this market will not make you rich. It’s just diversification with above average returns.

In any case, Kazakhstan is worth a trip. Next time you fly between Europe and Asia, consider Air Astana and set up a multi-day layover. It has interesting stopover deals.