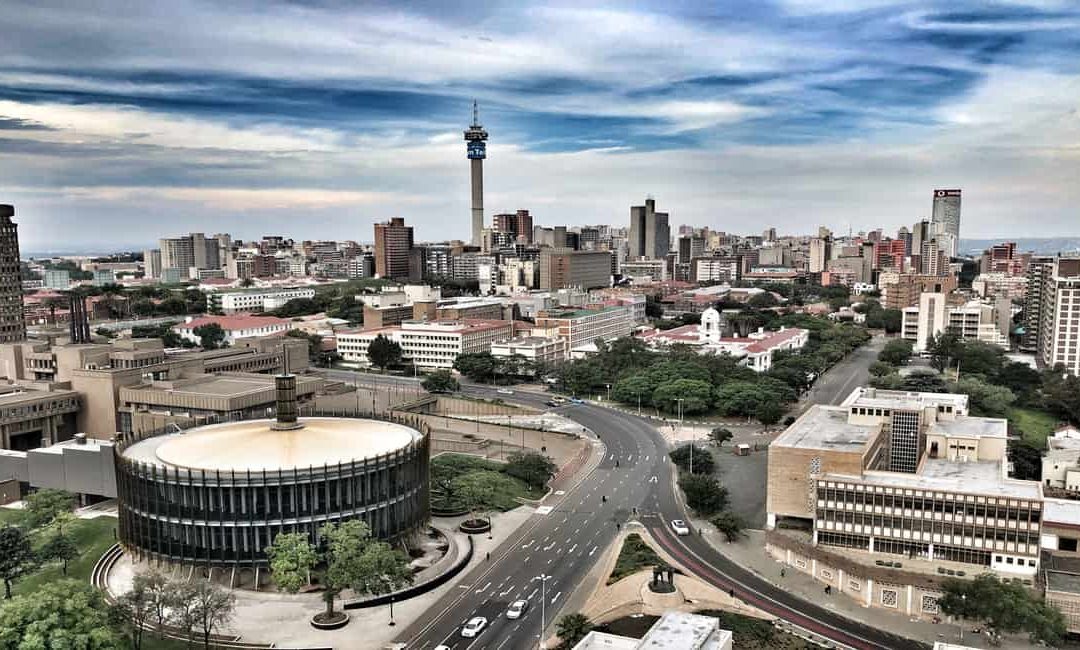 I absolutely hate having to write this report, as South Africa is close to my heart. I worked full time in South Africa for 4 years, made many friends, worked with lovely colleagues and absolutely fell in love with the country. This analysis will offer a macro perspective on why the economy in South Africa is likely to crash in the short to medium term.

1. A bad trajectory relative to its African peers

Resource rich African countries such as Ghana, Nigeria, Angola, Zambia and many more rode the commodities boom of the early 2010’s. But what about resource rich South Africa? Apart from a successful 2010 World Cup, nothing much happened.

Once the commodities boom ended, more diversified African countries expanded, such as Tanzania, Rwanda, Ethiopia, Ivory Coast and Senegal. And the relatively diversified South Africa? Nothing.

In reality, these numbers are worse as South Africa was either the 1st or 2nd Sub-Saharan economy in those days (along with Nigeria). Therefore it weighed down the results of Sub-Saharan Africa, so the actual gap between the two is even bigger.

People might say that should be expected, as South Africa is more developed.

However, South Africa should be leading the continent as a source of inspiration and model for economic reforms, but it isn’t. Rather, it seems to be relying on its past achievements. Compare South Africa’s GDP growth to more developed countries in Central Europe, and you’ll see that there is no valid excuse for such paltry performance.

The government has been unable to properly manage its budget responsibly.

The deficit was invariably always above GDP growth, which can be seen in the debt/GDP ratio of the country. It has a single trajectory – up.

3. A worrisome government debt trajectory could be the cause of the crash of the economy in South Africa

South Africa’s current account has been negative for years.

The biggest component is the income portion. Digging deep, we see the issue is not dividend payments, which have been decreasing, but interest payments.

And who is responsible for these interest payments? Surprise, surprise – the government.

So the government, incapable of managing its budget, is single handedly responsible for the growth of South Africa’s current account deficit.

To top it off, South African sovereign bonds are now rated junk by all three major ratings agencies.

Also, about 37% of South Africa’s sovereign debt is held by foreigners, which is a rather high figure compared to its peers. Turkey, for example, is at 20%, and Brazil about 10%. If foreigners were to start feeling jittery, which is likely, refinancing the debt will become challenging.

This must be balanced with the fact that foreign currency denominated debt is about 20% of the total, which is manageable. Also, the debt is fairly long dated as the government and central bank prudently worked together in past years to extend the maturity of South African sovereign debt .

The picture of South African debt is a picture of slow decay, ultimately hitting a wall a few years down the road. However, the major external shock that is the Coronavirus brought that wall closer.

4. A financial sector that is prone to shocks

According to the World Economic Forum’s 2020 Global Competitiveness Report 2019, South Africa ranks 19th worldwide in terms of the development of its financial markets. The South African Rand (ZAR) is also the 20th most traded currency. And South Africa’s market capitalization to GDP ratio is the second highest in the world after Hong Kong, with an impressive 235% in 2018.

These are truly impressive numbers, but they highlight South Africa’s vulnerability to capital flows in the case of external shocks as the domestic savings rate is rather low.

The country was hit hard during the Great Recession when foreigners took their money out.

Foreigners came back into the market, but have since retreated due to political uncertainty and low probability of reform. This current crisis will see the same phenomenon take place, but more pronounced as South Africa is perceived to have become riskier.

South Africa is a “risk on” play. Even when risk was “on” and interest rates very low in the West, foreign money was busy decreasing its exposure to South Africa in spite of theoretically higher returns.

The world has shifted to a very risk off attitude with the Coronavirus, which could last for a while.

In the current credit and liquidity squeeze, don’t expect many to exchange their USD to buy ZAR denominated assets.

5. A basket case of a currency (a likely harbinger of the coming crash of the economy in South Africa)

This graph is self-explanatory.

While it must be balanced with the fact that South Africa sits on decent foreign exchange reserves of half a year’s worth of imports, here’s the reality:

What are we likely to see? More money printing and probably some attempts by the South African Reserve Bank to support the ZAR by eating into its reserves, which might not suffice.

Expect more devaluation of the ZAR.

Countries everywhere are preparing bail-outs to save their national champions falling victim to the Coronavirus, but South Africa was at this stage even before the virus.

Its state electricity company, Eskom, was incapable of properly producing enough electricity for the country, resulting in rolling black-outs throughout the country for the last few years. Eskom is completely mismanaged, bloated, and a hotbed of corruption. Its debts of 420 billion ZAR are the equivalent of 8% of GDP. It’s a ticking time bomb.

South African Airways is also in terrible shape. The majority of its international flights were cancelled earlier this year (pre-coronavirus) and its debt stands at around 20 billion ZAR.

The coming recession will not help an already dire situation.

South Africa has many smart business people. I know – I worked with them. But the government hinders their potential. In the World Bank’s Ease of Doing Business report, South Africa ranks a paltry 84th in the world, down from being 36th in 2010.

In spite of unemployment hovering around 30%, employers complain of skills shortages. The government spends 6% of GDP, or 20% of its budget, on education, yet the results are pitiful. According to the OECD, the country ranks 75 out of 76 countries in education attainment.

According to the WEF, the country also ranks extremely poorly when it comes to labour market flexibility.

With crime being rife, security is a constant concern, adding to the cost of doing business. South Africa ranks 135th in the world in terms of security according to the WEF.

The tax base is extremely narrow. 97% of personal income tax was collected from 5% of the population.

This 5% of the population pays Western European level tax rates, but gets very little in return. They still need to pay for private health insurance, private schools and private security. There are also capital controls in place that limit the amount that South African residents can invest abroad.

Squeezing the few has reached its limits. Squeezing more will just encourage further emigration of the country’s brightest. This begs the question, how will the government reimburse its debt?

Corruption, patronage, incompetence, constant infighting and no zeal for reform. The only chance for South African politicians to actually get going with reforms would be under the auspices of an IMF bail-out.

A perfect example of political ineptitude is the Cape Town water crisis. In 2018, Cape Town made international headlines for being the first major city to nearly run out of water. This scenario had been predicted for over a decade, yet the required water management and infrastructure development measures were never implemented, with political parties trading blame.

The South African political class will be entirely responsible for the crash of the economy in South Africa.

“South Africa sits on so many reserves of various precious metals and minerals”.

Very true. It’s what has kept South Africa going. South Africa is top 10 worldwide in reserves of 16 different commodities. It ranks first in terms of:

It’s a true blessing. Mining and precious metals account for approximately 40% of the country’s exports.

That being said, its gold production decreased from over 300 tons in 1994 to barely around 100 tons in 2019. Taxes, red tape, black-outs, and high labour costs due to fierce labour unions have driven investment away from what was one of South Africa’s core industries.

AngloGold recently sold its remaining South African assets earlier this year; a symbolic move for a business that was built in Johannesburg over 100 years ago.

South Africa has been treating the mining industry as a cash cow, and investment has been shrinking. Will investment come back during the next central bank induced commodities boom? Probably a bit, but investors will be very wary given the government’s rapidly deteriorating balance sheet, and that mining investments take years of CAPEX before reaching commercial production.

Only for PGMs and Manganese does South Africa have a strong hand to play.

Sure, South Africa has countless great companies across industries ranging from banking, to insurance, retailing, etc.

However, when a government’s balance sheet starts deteriorating heavily, with no upside in sight, then even local banks’ balance sheets will start looking wobbly, as they sit on significant amounts of local debt. A market in which:

This is hardly conducive to the corporate sector continuing to perform, or being able to “save the situation”.

Finally, along with mining and precious metals, vehicle manufacturing represents one of South Africa’s top 3 exports. Manufacturers are already complaining about high input costs. A local market in turmoil and a worldwide industry in the midst of chaotic change could very well result in rationalizations and cutbacks on far-flung, higher cost operations in places like South Africa.

Let’s not even discuss farming which is in free fall due to constant talk of government expropriation.

Where is the upside to cover all the downside?

Some people like to mention tourism as South Africa is truly gorgeous. However, the coming recession will hit the tourism industry hard and will reduce the inflow of foreign currency.

The creative and outsourcing industries are out-performers, but are too small to matter much, let alone cover all the downside.

What can you do before the crash of the economy in South Africa?

If you do invest in South Africa as a foreigner, keep your exposure limited. Wait for the crash, and then maybe scoop up some cheap assets or even property. South Africa is gorgeous and the ZAR depreciation will offer stunning properties for cents on the dollar.

Personally, I have SA exposure through internationally listed PGM and Manganese mining shares as avoiding South Africa is hard in these sectors. I enjoy that labour costs are ZAR denominated, and that the income is in USD. However, I am acutely aware of the risk of higher taxes which could hurt the bottom line.

If you are South African, it is important for you to prepare for the inevitable. I don’t mean that you should panic, but that you should be prepared in order not to panic when things do go downhill. Typically, things go downhill slowly, and then very fast. You want to act before.

I have an increasing number of South African clients doing just this. Feel free to get in touch with me if you have questions or want a consulting session. 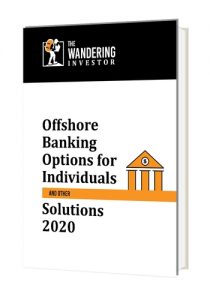