Offshore Banking for Individuals and other solutions 2022 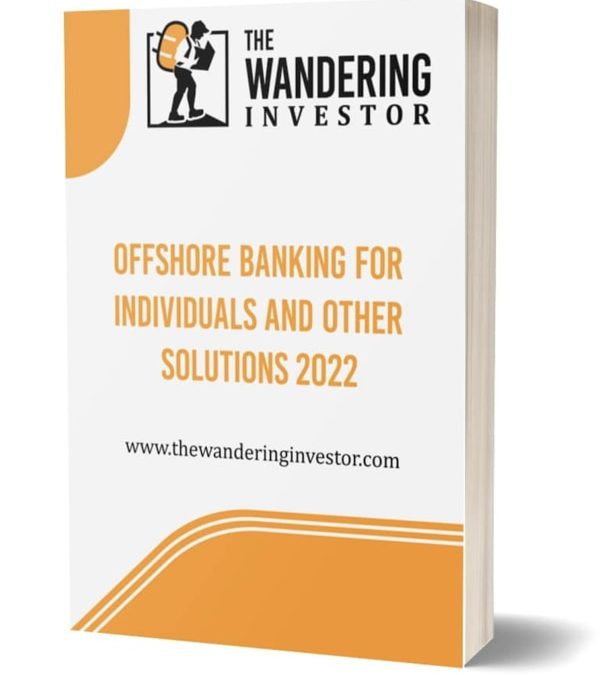 Capital Controls in some jurisdictions are an inevitability.

Swen Lorenz of Undervalued-shares.com wrote a very good piece on why he believes capital controls are likely to come back in force, especially in Europe.

The IMF even recently updated its policy on the matter, opening the door to more instances of capital controls without IMF intervention.

The reality is that the past decades have been the golden years of the free flow of capital. Before that, most countries had capital controls in place. They were the norm.

In an era of de-globalization, would it be surprising to see governments trying to ensure capital does not leave their borders, especially as countries struggle with high debt levels, shortages of various sorts, and surging tax rates?

I’ve been preparing for capital controls for years

I have bank accounts all over the world, as well as real estate and brokerage accounts. When capital controls start showing up again, I will be in a much better position than most people and will still be able to move capital around. Invariably, some of my capital will be stuck in some places, but not all of it nor most of it.

Being a non-resident is always better than being a resident

his is a topic that almost never gets discussed. The reality is that in an era of de-globalization and potential capital controls, you WANT your bank account to be a non-resident account. Why? Because capital controls are typically meant to keep capital within the borders of the country. The easiest targets are residents as they live there.

When a country punishes non-residents, the immediate result is that it makes a country almost uninvestable. Thus, countries typically have 2 tiers of capital controls.

South Africa has been operating this way for years

However, as a non-resident there are no such limits. I can invest as much as I want in South Africa, and then repatriate all my funds and gains. It just involves a bit of paperwork.

Going forward, countries will implement such measures, and you’ll be glad to be classified a non-resident, which will hugely diminish your odds of being stuck behind such government and central bank measures.

Chapter 3: Opening a bank account remotely with an online bank

Chapter 4: Sending your money to an offshore brokerage account

Chapter 5: Sending your money to an offshore precious metals dealer

This ebook is a great toolkit to prepare for what’s coming. Click here for more details.

If you had bought the 2020 version, you can get this update for free

In this case send an email to yvonne@thewanderinginvestor.com. Attach the previous ebook or forward its proof of purchase. Yvonne will then reply with the new version.